Home/Blog / Are Lumineers Bad for Your Teeth?

Are Lumineers Bad for Your Teeth?

I’ve been considering getting a smile makeover and have been doing some research. I am finally ready to jump forward and spoke to my dentist. He wants to place Lumineers which is why I’m writing to you. From what I can tell. Lumineers get very mixed reviews. Some people like them, some people hate them, and some say they destroyed their teeth. I was hoping to get porcelain veneers but my dentist seems pretty set on Lumineers. What’s the real scoop on these? 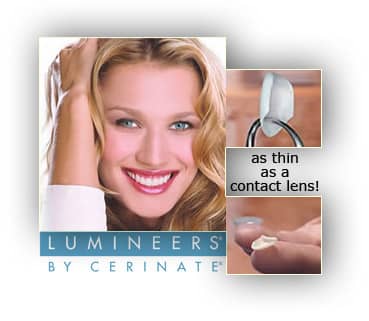 Lumineers are one brand of porcelain veneers

The reason for the mixed reviews on the Lumineers brand is they are highly marketed, especially to inexperienced cosmetic dentists as being easy to place. They market them as no-prep veneers which makes dentists think they’ll be much easier to place. There are some problems with this though.

The Problems with Lumineers

First, there is no such thing as no-prep veneers. Even ultra-thin veneers require the teeth to be etched in preparation for the bonding. That etching is permanent. You will always need some type of covering on that tooth.

Second, the results are often bulky. With traditional porcelain veneers, a small amount of tooth structure is removed from the tooth so it doesn’t add extra bulk. Even with ultra-thin brands, though they remove maybe a millimeter less of structure, it’s important to remove it. Without that, the teeth are thicker than people are used to. Often, they look bulky and have been described as horse teeth. People have complained about having trouble talking.

The third problem with Lumineers is their lab. The DenMat company owns the brand and absolutely insists dentists use it. Unfortunately, their lab isn’t known for its skill and artistry. Expert cosmetic dentists prefer to use more skilled labs.

As I mentioned before they’re are highly marketed to inexperienced cosmetic dentists. Most of the time, they don’t yet have the skill to provide you with a beautiful smile. While everyone has to start somewhere, you don’t necessarily want them practicing on you. It can be okay, but first I’d make sure they will put them on with a temporary try in paste and let you have a good look at them. If you don’t love them, they should be willing to re-do them until you do.

If they won’t put that in writing, I’m going to suggest you see a different dentist. IF you want to find a great cosmetic dentist, look on the mynewsmile.com website. They pre-screen the dentists for both their technical knowledge and skill as well as their artistry.