I had a dental crown on a molar that already had a problem. It had a crack and a filling in it. I’ve learned now that there was always a possibility this tooth would need a root canal treatment, but I was never told that at the time. The crown hurt from the very beginning, so much so that I couldn’t bite down on that side at all. The dentist insisted that it was normal to be sensitive at first and to give it time. I did, but weeks went by and this crown still hurt like the dickens. Then, I had to go in for a second crown. I told them in no uncertain terms the first crown was more important to me to fix. They just blew me off and did nothing to the first crown. Instead, they. just did the second crown, completely ignoring the amount of pain I was in. Now the tooth has a periapical abscess and the tooth has to be extracted. Should they give me a refund on the crown now that I’m going to lose the tooth? 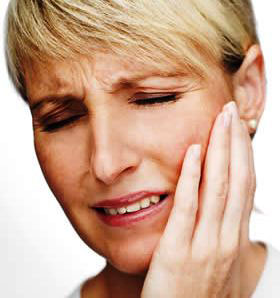 You certainly have had a rough go. I am going to say right off the bat that I don’t think this is going to be the best dentist for you. I’ve very disappointed in how your dentist handled this. It comes off as sloppy and uncaring. They appear to be more interested in grabbing the next fee than assuring their work is well done and the patient is comfortable. While sometimes there can be sensitivity with a dental crown, it is usually a sensitivity to cold. What you described is pain while chewing. That means the crown either isn’t seated properly, there is a lingering infection, or both.

I’m curious as to whether they said you need the tooth extracted or that is something you thought would need to happen. In reality, a root canal treatment would not only be less painful for you, but it will also save you a lot of money.

A Root Canal Treatment will be Less Painful

With a periapical abscess, it means the inside of the tooth is dead. Your dentist could literally perform the root canal without Novocain and you wouldn’t feel it. If, on the other hand, you had the tooth extracted, the same abscess will make it extraordinarily difficult for you to get numb, which will make the extraction extremely traumatic.

A Root Canal Treatment will Save You Money

Let’s say you get the tooth extraction. Then you have a spot open where the tooth will need to be replaced. Now, your paying for two procedures instead of one. Unless you want to crown two healthy teeth on either side of the open spot to get a dental bridge, then you would want to get a dental implant. While that is the best tooth replacement, it also means oral surgery.

I would be very suspicious if your dentist recommend an extraction. It would confirm to me that he cares more about gathering in fees than he does what is best for his patient.

What if You Didn’t Replace the Tooth?

When space is left where the molar was, the other teeth will begin to shift and tip into the empty space. This will throw off your bite, which often leads to TMJ disorder. That can leave you with a lifetime of jaw pain and migraines.

As to the refund. Yes, it would be nice if he would. However, from what you’ve told me about this dentist I wouldn’t count on it. You could ask for one. If he doesn’t give it to you, then you can try leaving some bad reviews and see if that motivates him to make things right.